(RNS) — Carly Manes, a doula in Los Angeles, supports her pregnant clients at every juncture: birth, miscarriage, postpartum — and abortion. She connects clients with resources for abortion pills, answers questions about the abortion process and, during the procedure, supplies heating pads or simply acts as a positive presence.

In one case, Manes, who is Jewish, had a client purified in the waters of a mikveh, or ritual bath, commonly undergone by women after menstruation or childbirth.

“A lot of folks in the birth space, especially within Judaism, are calling in more spiritual practices,” said Manes, adding that Indigenous communities have a long tradition of rituals for abortion and miscarriage.

Thanks to the U.S. Supreme Court’s decision in Dobbs v. Jackson Women’s Health Organization, which overturned Roe v. Wade, Manes believes, full-spectrum doulas like her and those who specialize in abortion are likely to see increased demand. “Doulas are going to be really important in terms of helping them interact with the medical system in a way that won’t lead to criminalization,” said Manes, the author of the children’s book “What’s an Abortion, Anyway?” 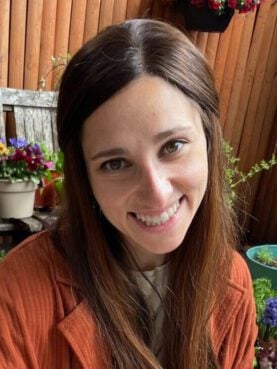 Even in California, where abortion rights remain protected, wait times will be extended due to the influx of people from out of state seeking abortions. The longer a person waits to get an abortion, she noted, the more expensive the procedure becomes.

Abortion doulas, like other types of doulas — the word comes from the ancient Greek for “helper” — are increasingly exploring ways to integrate spirituality and ritual into their practices, offering yoga, meditation, prayer, traditional medicine and even Tarot readings.

As doulas become a more common part of abortion procedures, such spiritual elements are likely to work their way into the experience.

Lynsey Bourke, an abortion doula from Montana, says her home state is poised to end legal access to abortion services. “If that does happen, it will make me question if we’ll continue to do business in my home state and if that’s a safe place for me where my rights will be protected,” she said.

Bourke has been an abortion doula for 15 years and believes abortion is a sacred process. “I have a strong connection to Creator, or to God, or to the conscious life force that connects us all,” explained Bourke, who was raised Catholic. “And I find most religions very beautiful and find really resonant truth in all of them.”

Bourke aims to meet clients where they are, noting that the experience of abortion can be spiritual for some, while for others it might trigger a religious reckoning. One way she supports clients from a range of belief backgrounds is by helping them create personal rituals.

“I recommend having an altar or place of prayer for the whole duration of the procedure,” Bourke said. “(The client) is invited to maybe write a letter to the baby to explain the reasons for this, to say any last words, write a letter of goodbye that can be placed on the altar, and any other items of spiritual importance. And then different times of deep contemplation can be spent there at the altar at different junctures of the process.” 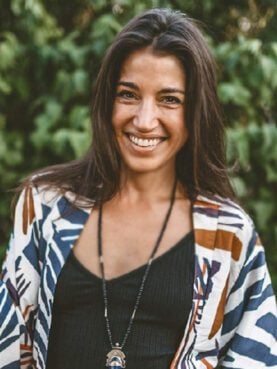 The point, according to Bourke, is to ensure the client is making a conscious decision and has the space to process the procedure before, during and after, rather than having a hasty abortion that isn’t thought through.

Bourke noted that the religious/secular binary in the abortion debate can especially exclude religious and spiritual people who do have abortions, especially when it’s a painful or complicated process for them.

“Yes, abortion can be easy, and something individuals have no regrets,” said Bourke. “But there are others who feel really conflicted at the time of the abortion, who really regret it and who hold onto a lot of pain and shame throughout their lives. So finding different modalities that can heal the minds, bodies and spirits of all these individuals across the spectrum, and responding to their varying needs, both physically and spiritually, is important.”

Elizabeth Curtis, a full-spectrum doula and nurse-midwifery student at Yale University’s School of Nursing, said it’s important to make space for a range of abortion experiences — including “the nuance and gray area” apart from the abortion advocacy world.

“I’m grateful for the world of radical organizing that happens around policy and protest for expanding access, and also I have found lately that I have a harder time showing up to those galvanizing spaces,” Curtis acknowledged.

In the 2010s, Curtis founded the Berkshire Doula Project at Williams College in western Massachusetts and began supporting abortion clients in clinical settings. She found that most people getting abortions weren’t operating from the framework of the national abortion-rights debate.

“There were many more people who were like, ‘I don’t know how I feel personally about abortion, but for me it’s necessary right now,’” she said. “And a couple people said, ‘Abortion is a sin, and I need it for my reason, but everyone else getting an abortion here is wrong.’”

Curtis, who grew up in a nonreligious household but was recently confirmed in an Episcopal Church, believes church communities are well suited to hash out the complex realities of reproductive health.

As religious groups determine how, or if, they engage their communities on abortion, doulas such as Curtis may host these challenging conversations, she said, but also help clients access abortions in nonjudgmental ways.

For Manes, the work of an abortion doula isn’t far off from the work of a chaplain, and this fall she will attend United Theological Seminary of the Twin Cities in Minnesota to pursue interfaith chaplaincy. She told Religion News Service she wrote her entire application about abortion.

“I think a lot of doulas are being asked to hold more space around ritual in abortion,” said Manes. “I have a lot of curiosity and excitement around that.”

Why There's a Pyramid in Wyoming Dedicated to Crooks