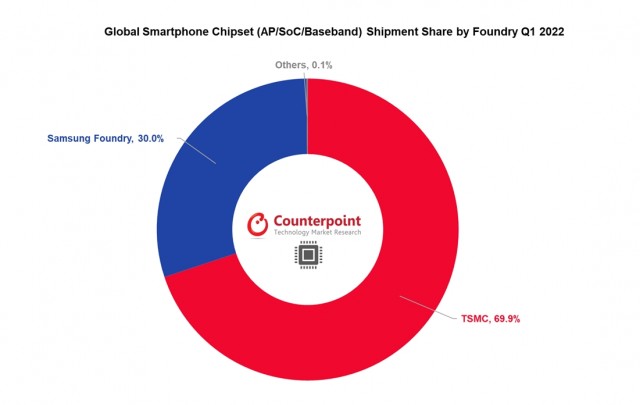 The global smartphone chipset market saw a 5% shipment decline compared to Q1 2021 though revenues for the same period were 23% higher this time around. Interestingly enough TSMC-sourced chipsets declined by 9% on a yearly basis. Samsung did hold the upper hand in terms of smartphone chipset node share for Q1 2022 at 60% driven in large by Qualcomm’s Snapdragon 8 Gen 1. 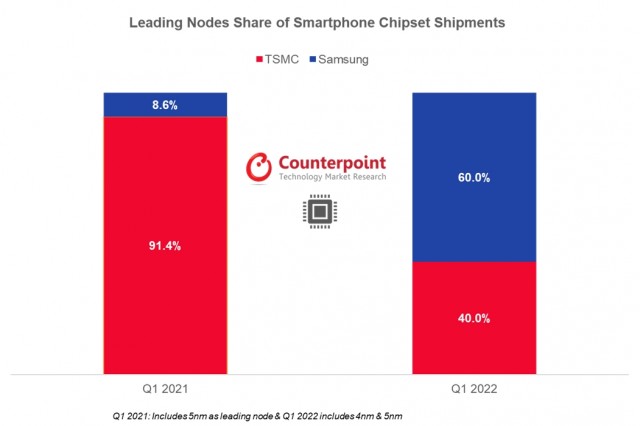 TSMC is expected to dominate the rest of the year with its 4nm node being used in the Snapdragon 8+ Gen 1 SoC. Qualcomm, MediaTek and Apple are all expected to use TSMC’s 4nm process node.