Do Mice Come Out During The Day? (Explained) 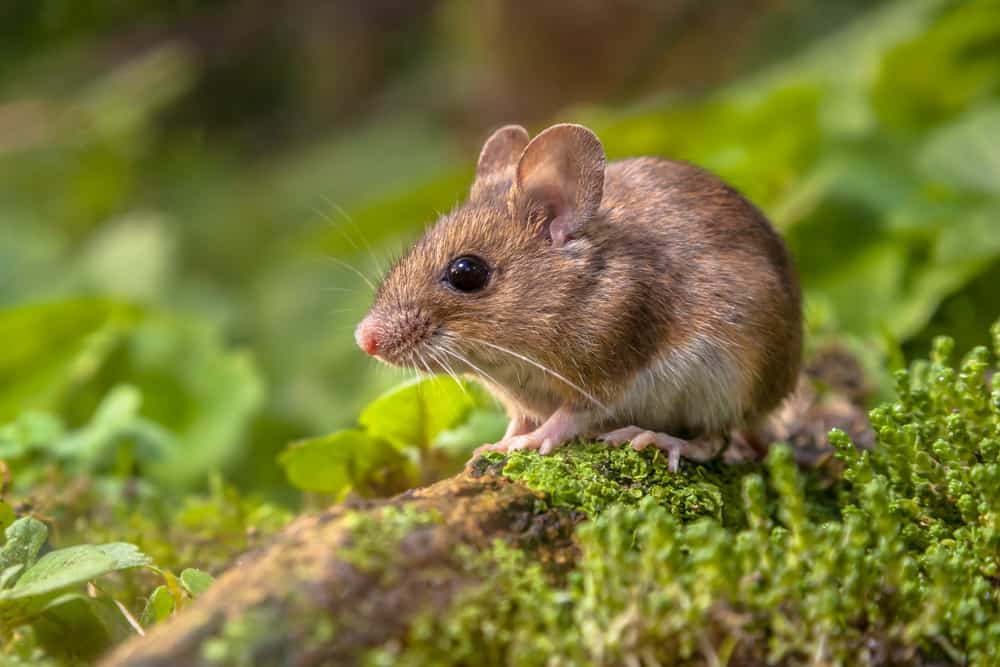 If you have a mouse problem in your house, then you may sometimes hear scuttling in the walls at night.

This usually indicates that mice are active and moving around.

However, if you don’t hear much noise during the day, you may wonder if it’s because the mouse is outside of the wall.

It may cause you to wonder if mice come out during the day, too.

Here’s what you need to know about mice and whether they come out during the day.

Do Mice Come Out During The Day? 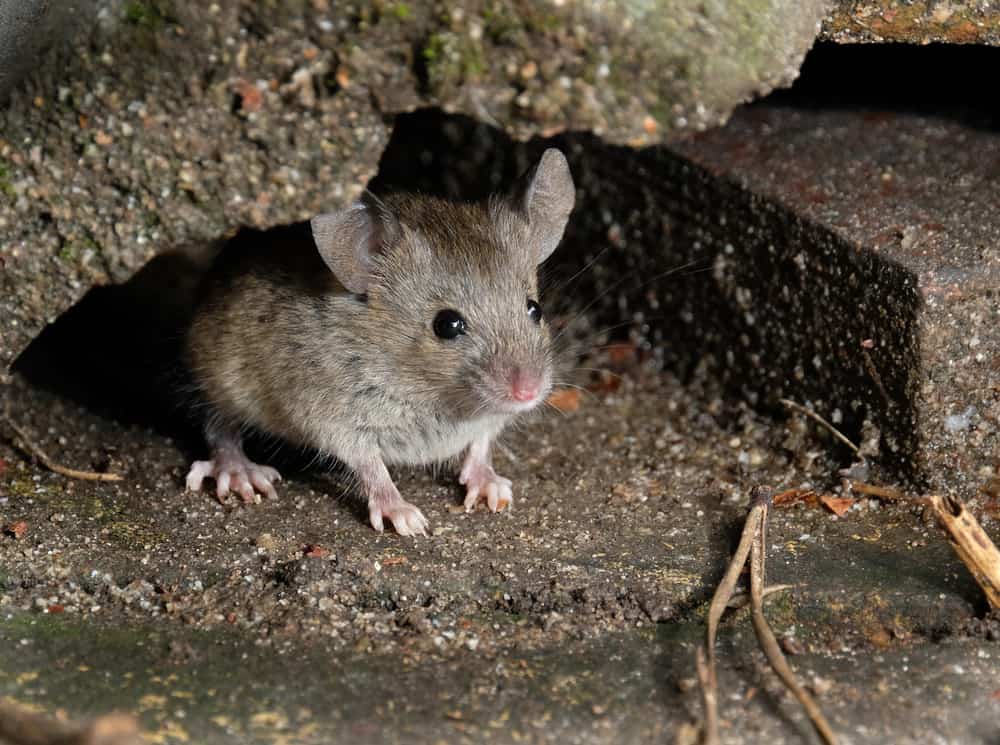 Mice usually come out at night.

But, there are some instances when a mouse might come out during the day, too.

In most cases, however, mice prefer to come out of their nests and hiding spots at night.

That’s because it’s safer for them to come out at night to find food and water.

Over time, mice have learned that fewer predators are out at night.

They tend to sleep at night and hunt during the day.

Since there were fewer predators out at night, mice could travel and search for food more safely.

That sort of behavior has followed them into a house, too.

This means it’s less likely for the mouse to encounter any threats during the night.

While mice prefer to be active at night, there are a few cases in which they might choose to come out during the day.

Why Do Mice Come Out During The Day? 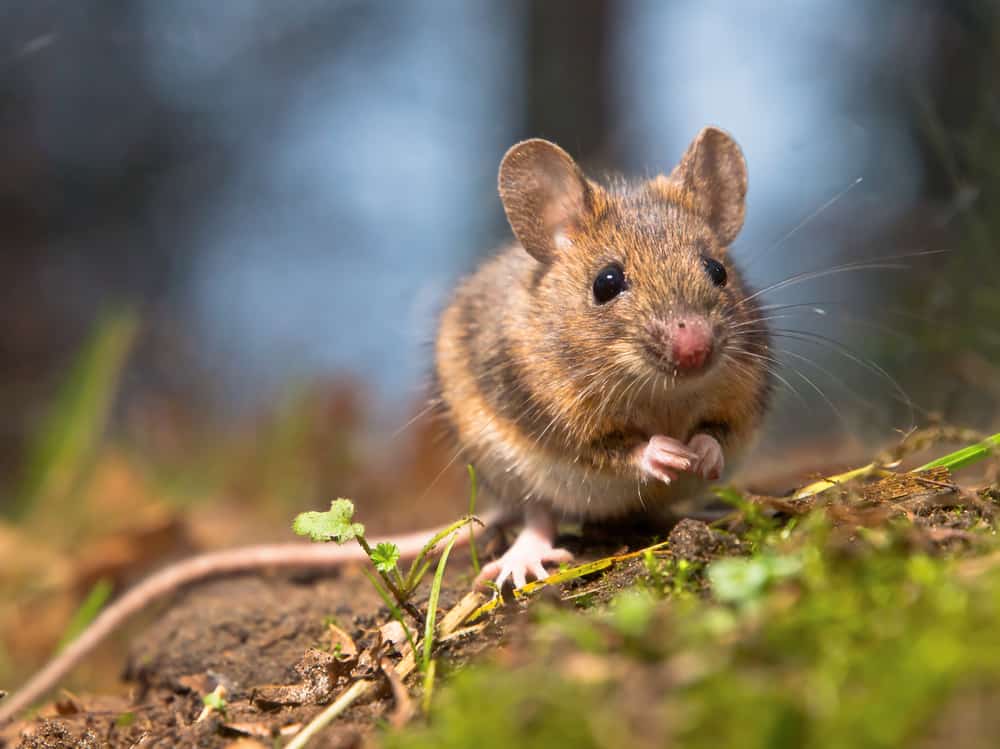 If you’ve spotted a mouse scurrying across the floor during the day, then you may wonder why.

Since mice tend to be nocturnal, it may be surprising to see a mouse out and active during the day.

Here are a few reasons mice come out during the day. 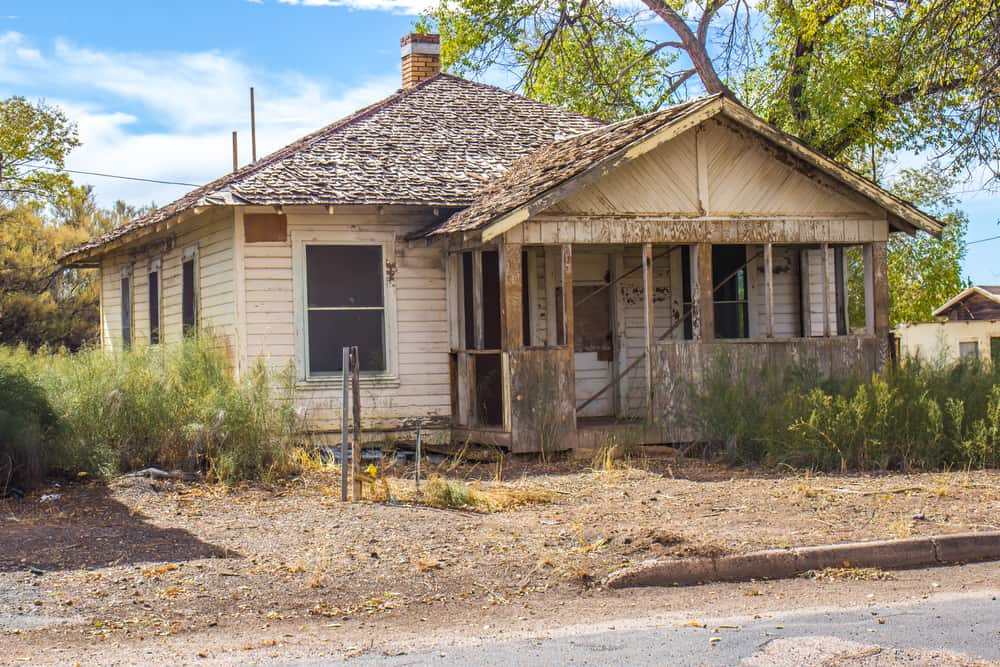 Mice typically come out at night because there are fewer dangers around.

In the wild, it means there are fewer predators to hunt them down.

In a house, most people are asleep during that time.

If a mouse builds a nest in an abandoned area, however, it no longer has to worry about anyone crossing its path.

It is going to be active during the day and at night because it doesn’t have any predators to worry about.

If you have an old shed that you rarely use, then you might spot some mice being active in there during the day.

Since not that much activity occurs in the shed, the mice feel safe building a nest there and being active during the day.

If you have a room that isn’t used as often in your home, then there’s a chance that mice might use that area to build a nest, too.

Since not too many people use that room, you might spot them being active in there, too.

2. Little Activity During The Day 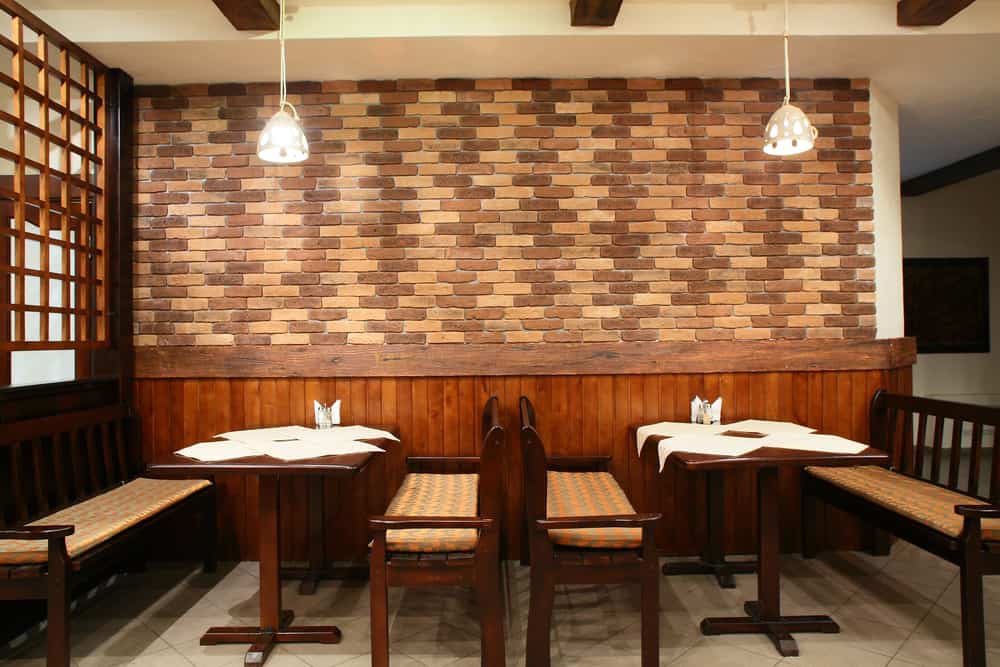 One example is a bar or nightclub.

These types of entertainment venues tend to be more active at night when people are off from work.

During the day, they might get a few locals or retirees, but in most cases, they’re pretty inactive.

If there are mice in the bar or nightclub, then they’re going to be more active during the day.

That’s because there are fewer people there during the day than at night.

At night, the bar and nightclub are abuzz with people and activity.

Mice won’t find that sort of environment safe to travel through.

If the bar isn’t open until later in the afternoon, then mice have the entire morning and early afternoon to scuttle around and get food.

As soon as the bar opens to the public, the mice can return to the safety of their nest.

This goes for homes, too.

Since you’re asleep, you’re not a threat to them.

Even if you work during the day, if no one is at home, then mice might come out because it’s quiet and seems safe.

When you get home in the evening and walk around your house, mice tend to hide away because they’re frightened of you. 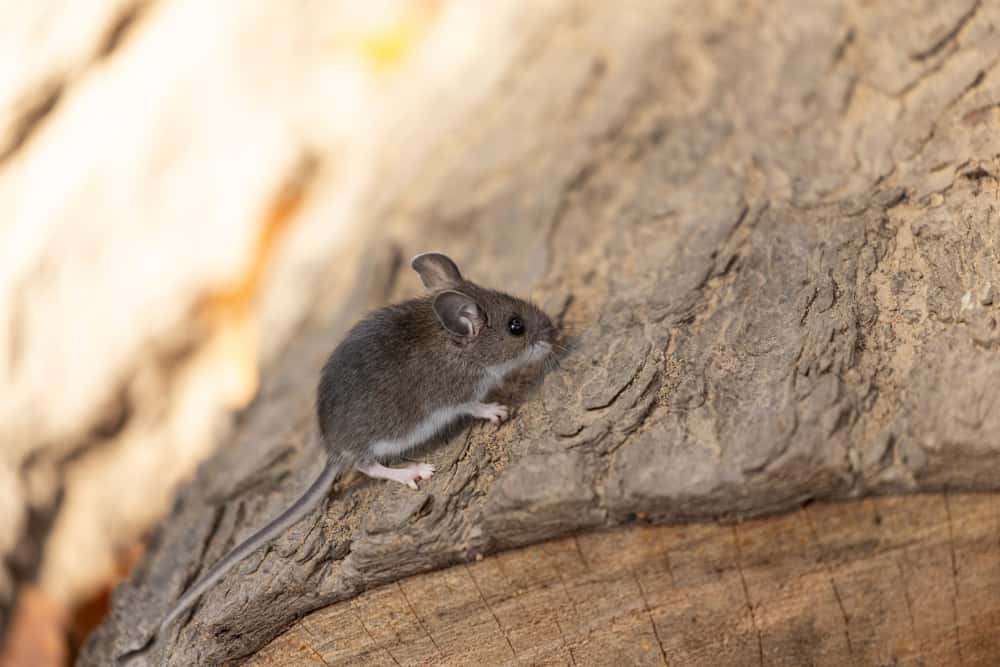 Another reason mice are active during the day is when they’ve established a safe route.

In houses, they like to run along baseboards, for example.

If the mouse has a safe route from its nest to a source of food, then it might be more active during the day.

This is especially true if the area it’s in has low activity during the day, too.

The route might take them behind walls or along the pipes to their destination.

Since they’re sure that predators can’t get them, mice are more likely to travel that route no matter what time of day it is. 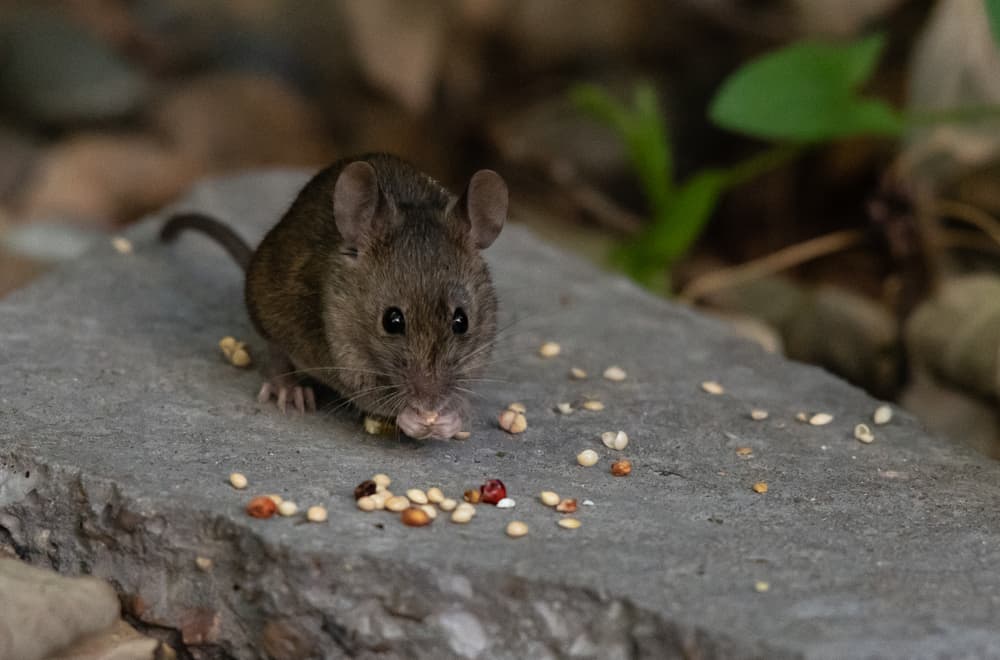 A final reason mice might come out during the day is that they’re hungry.

Mice tend to eat three grams of food a day.

While they tend to eat three grams of food a day, they’ll also eat whenever they have the opportunity to do so.

That’s because mice know that there may come a few days where they’re unable to get food.

If a few of those days have passed, then a mouse may decide to take a risk and leave its nest during the day to get food.

In most cases, a mouse will likely wait until night to make the attempt.

However, if its hunger is too great, then it might not have the energy to try and get food later.

Because of that, it will leave its nest during the day to try and get food.

What Are Signs You Have Mice In Your Home? 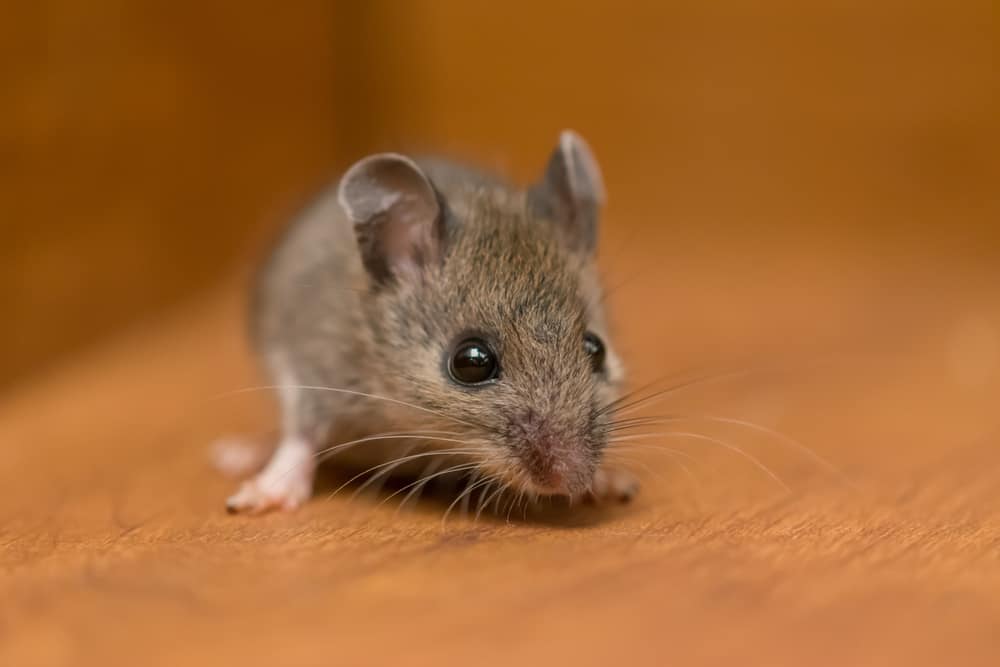 Whether mice are coming out during the day or night, you may wonder if you have mice in your home at all.

Luckily, there are a few obvious signs that you can use to determine if your house has mice in it.

Here are some of the signs that you have mice in your home. 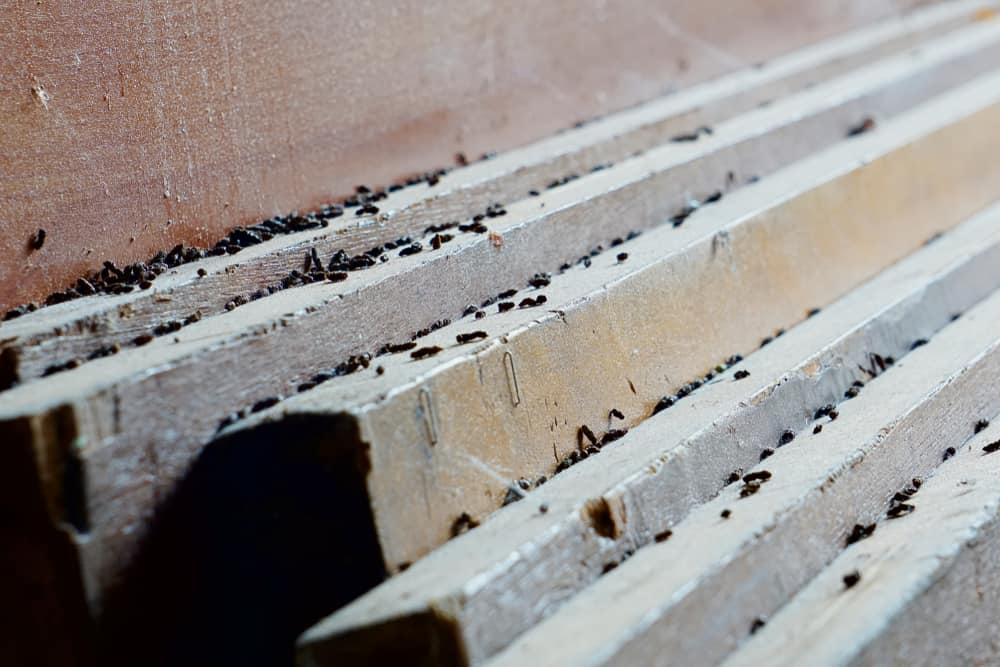 One of the most obvious signs that you have mice in your home is droppings.

Mice tend to defecate a lot.

They also tend to defecate around the areas where they were eating or on the way back after eating food.

Droppings are usually quite small.

It can be easy to miss them at first, but because mice tend to defecate often, you’ll often find them in small piles.

The good thing about droppings is that you can sometimes see a trail of them.

This can help you determine where the mice have built their nest.

Once you find their nest, you can plan for a better way to trap them and get them out of your house.

If you spot mice droppings in your house, then you have an infestation.

2. Damage To Walls And Baseboards 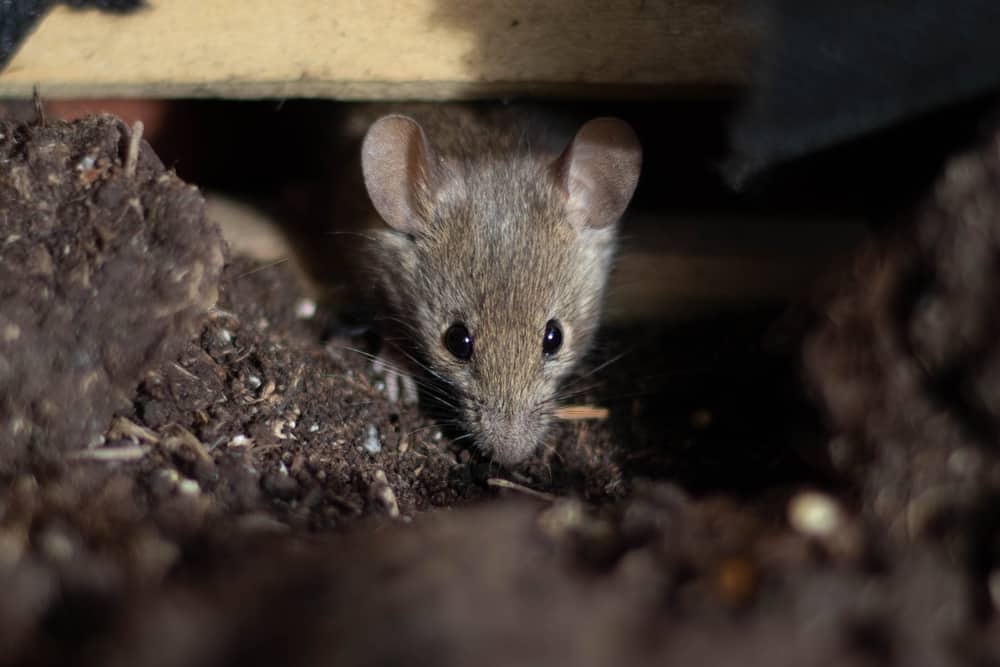 Another sign that you have mice in your home is damage to your walls or baseboards.

While mice can live anywhere from your attic to your basement, they love to nest inside of your walls.

Cavity walls are ideal because they offer plenty of space and safety.

They’re also easy to navigate and allow the mice to travel to certain parts of your home with ease.

However, not every wall has a hole in it.

To get to safety, some mice will chew the wall to make a hole for them to squeeze through.

Most walls are made with drywall.

Drywall is relatively porous and soft.

As such, it’s easy to realize your home has mice if you have mouse holes in your walls.

Another sign of damage to keep an eye on is damage to your baseboards.

Certain baseboards are quite soft and easy to damage.

This is especially true if they’re not nailed to the wall well.

If a mouse can get behind the baseboard, then it might start chewing a hole there.

It might also chew the baseboard back a bit to make room.

Some mice will also chew on baseboards as a way to sharpen their teeth.

If you see a damaged baseboard, then it could be because of mice.

It also might indicate that their nest is nearby since that particular section of baseboard is along their path. 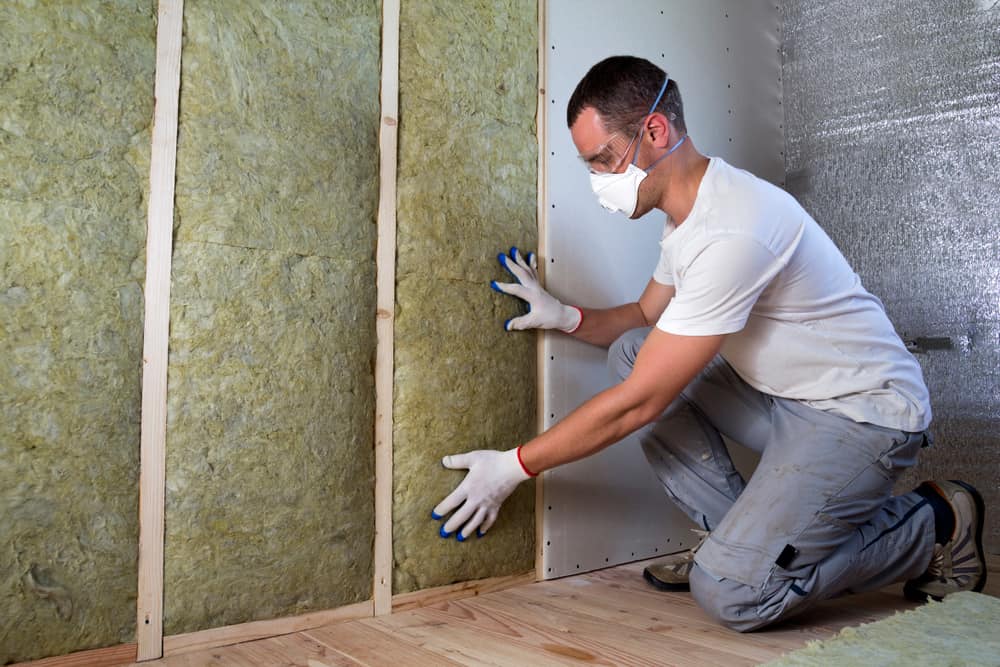 Mice love to use insulation as part of their nests.

It’s a thick material that’s comfy to them, and since it’s insulation, it helps their nests remain warm in the cold.

Because of that, you might find bits of insulation on the floor of your home if you have mice in it.

That’s because mice might accidentally pull out a bit of insulation when they leave their nests and enter your home.

You tend to find it most often closer to the entrances of their holes.

If you open up a wall, then you may even find that some of your insulation is missing.

Sometimes mice will take a few chunks of it to the actual location of their nests if they choose not to nest in that specific area of insulation.

Either of these signs can indicate that you have mice in your home. 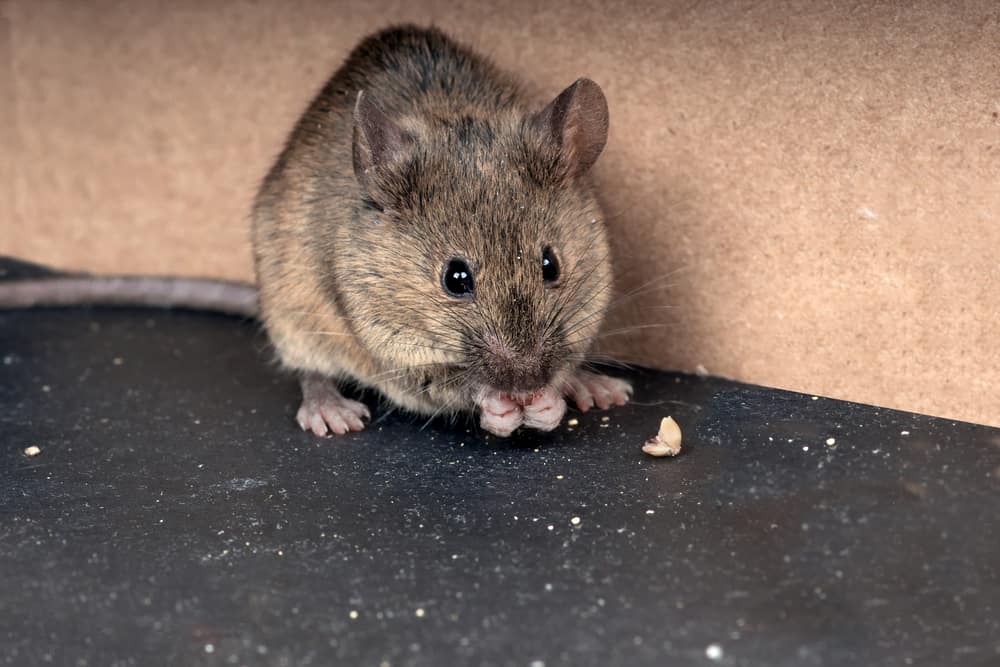 At night, and sometimes during the day, you might hear movement in your walls, basement, or attic.

This indicates that mice are moving around or building their nests.

Scratching sounds usually mean that mice are either building a nest, sharpening their claws or teeth, or digging out new holes to make new routes.

You might even hear a few bumps or collisions as mice jump from one area to the next.

It means mice are on the move.

They might be looking for a new nesting area.

Maybe they are heading to the kitchen to get food.

They could be returning from the kitchen with their food.

The noisier your walls, attic, or basement become, the larger the infestation is likely to be.

Hearing scuttling and scratching noises is a pretty big indicator that you have mice in your home. 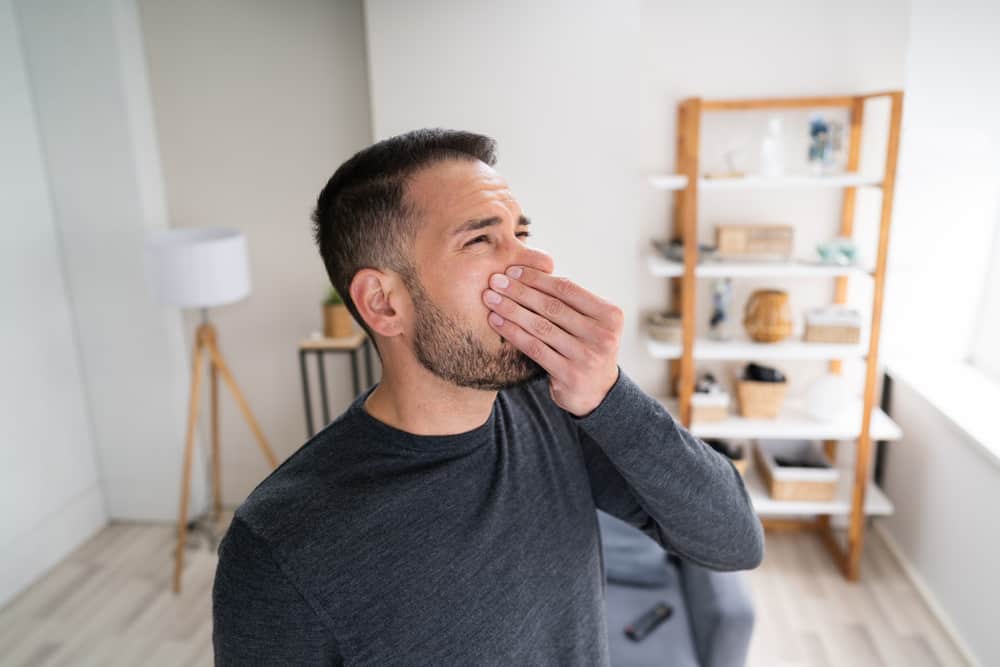 An unfortunate sign that you have mice in your home is an odor.

While mice tend to try and keep themselves clean, they’re usually smelly.

In particular, their nests and feces are smelly.

The more mice that you have, the smellier the area becomes.

That’s because there’s likely a lot of poop in your attic, basement, or walls.

Without anyone cleaning it, the odor grows and grows.

Sometimes the smell comes as a result of a dead mouse.

As the mouse starts to decompose, it releases a foul odor.

If you smell it in your home, then it means a mouse has died. 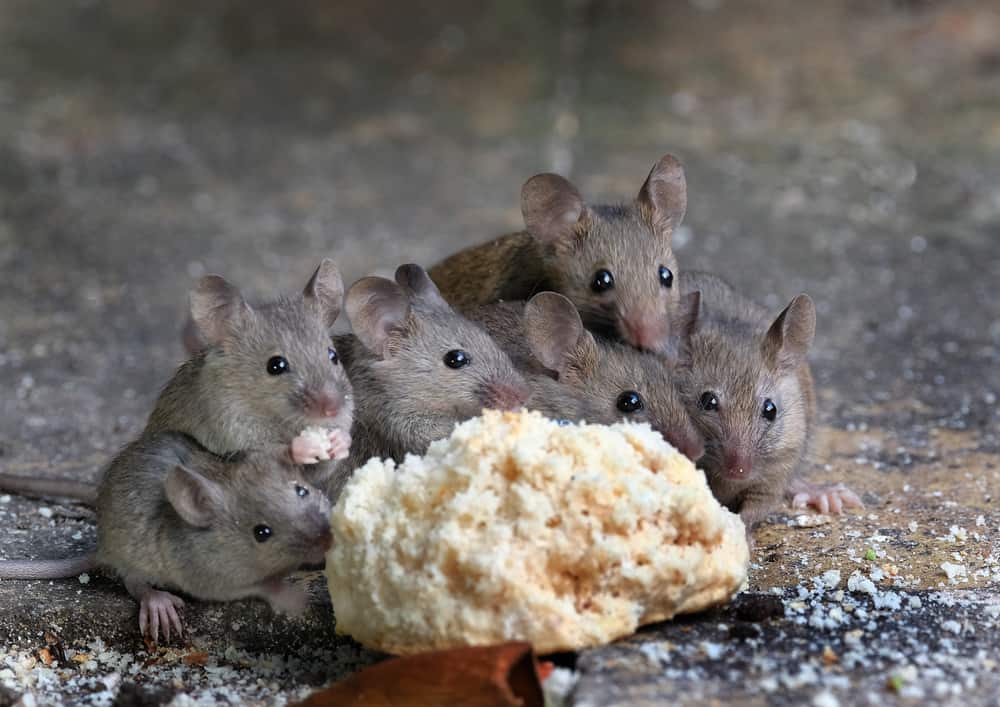 A final sign that you might have mice in your home is greasy tracks or food crumbs.

Mice tend to be a little oily.

When they move along baseboards, the oil from their bodies gets rubbed onto the material and the floor.

You might see a light sheen of oil on the baseboard as a result.

They’ll quickly bite a hole into a bag or box and start eating.

They might also try and drag some crumbs with them.

Mice are primarily nocturnal creatures and prefer to come out at night.

However, certain factors can make mice come out during the day, too.

You can look for the signs listed above to determine if you have mice in your home or not.