(RNS) — Cyber harassment is illegal across most of the United States and explicitly banned on page 50 of the Harvard College handbook. But despite its prohibition, an anonymous Instagram profile recently “doxxed” Harvard students and faculty — revealed contacts and other personal information online to promote harassment — in apparent retribution for their positions on Israel’s treatment of Palestinians.

The anonymous account, named “harvard_antisemitic_students,” appeared for three days in early May, with a mission, according to the account’s bio, “to call out the students and administrators of @harvard University who stand with terrorism against Jews and call for BDS,” referring to the boycott, divest and sanctions movement, which seeks to punish Israel for its occupation of Palestinian areas.

The profile posted the personal Instagram accounts of students and faculty involved with Harvard’s Palestinian Solidarity Committee, as well as those who signed letters of support for BDS. Each post included a caption deeming the person in question a Jew-hater or antisemite, aiming its most extreme rhetoric at campus leaders.

Nadine Bahour, a Palestinian who is former president of a group called Harvard Palestinian Solidarity Committee, was targeted by the account and called the “ringleader of Hitler-like ideologies.”

RELATED: ‘This is not ok’: American Jewish students harrassed for their support of Israel

Bahour told Religion News Service that the accusation was no surprise. “The same thing happened in 2020,” she said. “A lot of my social media is very public, and they looked me up. There was a lot of hate speech. You know that whenever you’re involved with Palestine, there are going to be trolls and there’s going to be push back, and they’re going to look for names.”

The strategy of doxxing and “looking for names” is not limited to anonymous social media accounts, according to Julia Wedgle, a Harvard Divinity School student and co-founder of the student group Jews for Liberation, which espouses Palestinian rights.

“For years, doxxing Palestinian solidarity activists has been a practice of well-funded pro-Israel organizations. I have been profiled and doxxed on a website called Canary Mission since 2015. The most recent doxxing effort clearly drew from the tactics of Canary Mission and other efforts like it,” Wedgle said. 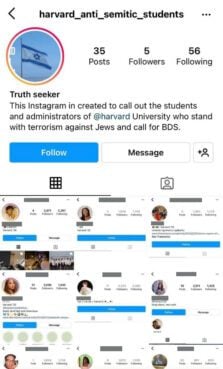 Doxxing has become an increasingly common tactic on college campuses, setting off debates about free speech. In 2019, incoming freshmen at the University of Texas were threatened with being exposed online if they joined conservative clubs. At Stanford University last year, faculty members resigned from a subcommittee after the full faculty senate declined to add doxxing to other violations of the school’s code, known as the Fundamental Standard.

In several instances, including at Occidental College in March 2021, doxxing has been related to opinions about Israel.

At Harvard, the social media attacks were not unconnected to so-called real-world events.

The anonymous Instagram account came days after Israeli Apartheid Week, organized by PSC yearly to raise awareness about the occupation. The event included a “wall of resistance” featuring art made by students. One of the most noticeable signs read “Zionism is racism, settler colonialism, white supremacy, apartheid.”

At the end of the week, a staff editorial in the Harvard Crimson, the student newspaper, expressed support for the BDS movement. The paper published two letters in response, one by a group of Harvard professors in support and one by Harvard alumni against the editorial.

Raquel Coronell Uribe, editor-in-chief of the Crimson, defended the editorial in a statement sent to fellow Crimson reporters, saying, “The Crimson strives for diversity and inclusivity in all respects, from diversity of identity to diversity of opinion. The Crimson rejects discrimination, including antisemitism, in all its forms — both among our staff and in our pages.”

Rabbi Jonah Steinberg of Harvard’s Hillel chapter described the editorial in emails to Harvard students as not only “endorsing alienation and ostracism of Israel,” but also actively alienating students involved with the Crimson.

“It has been sad to hear some of our students tell of how they have moved away from participation in the Crimson because of its editorial trends and inhospitable culture,” said Steinberg, who, like other Hillel leaders, did not respond to requests for an interview.

Some anti-Zionist Jewish students found Steinberg’s emails and public statements dismissive of their voices and said they only exacerbate tensions between PSC, the Crimson and Harvard Hillel. Shosh Lovett-Graff, another founding student of Jews for Liberation, called the response “shameful” in a statement sent to Religion News Service. 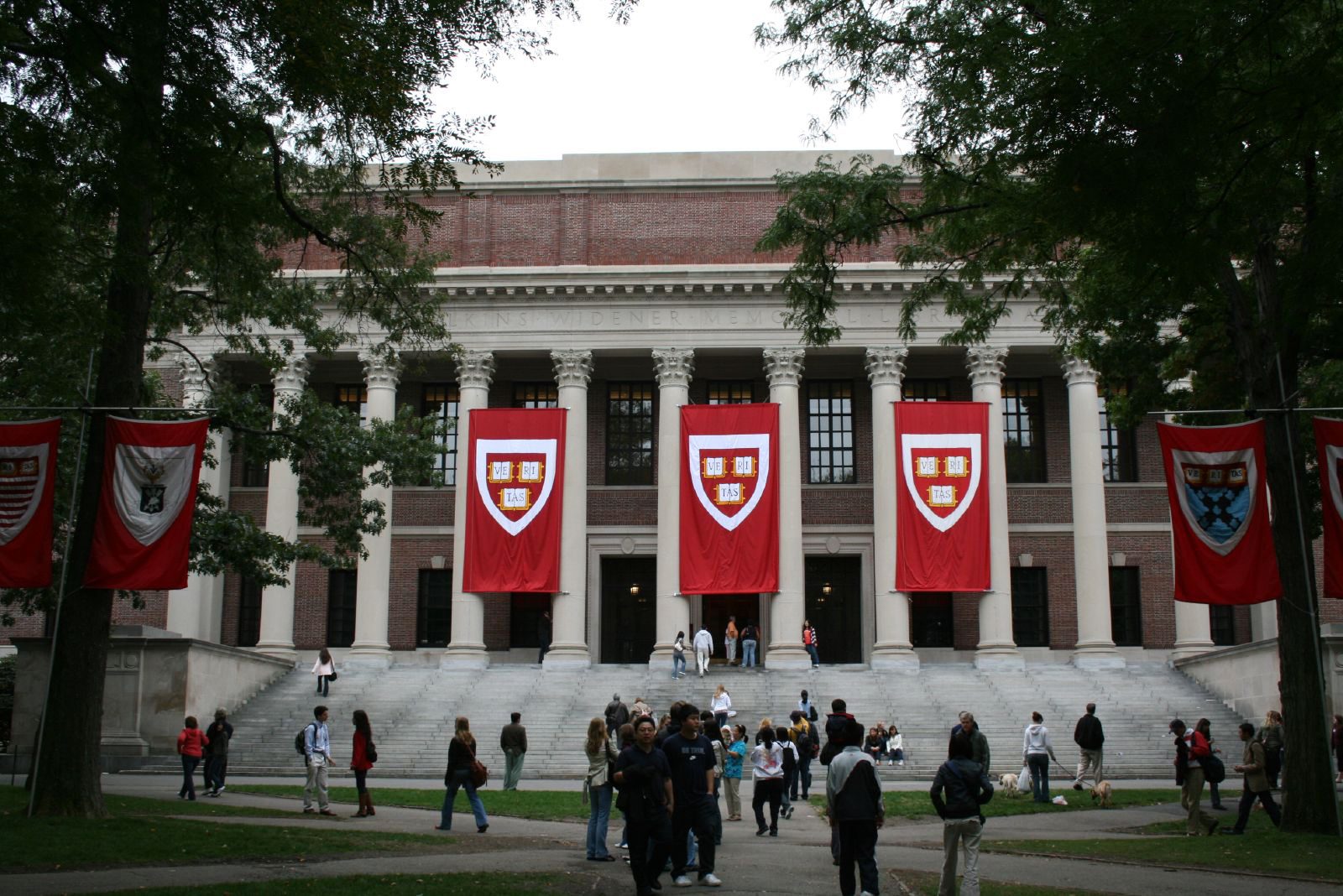 As the Harvard campus has largely emptied out for the summer, the tensions of the spring semester have declined, too. But Bahour said conflict about BDS isn’t over.

“I think it’s always going to be hard,” she said. “But this is stirring up a conversation, so I just hope that people interact with these spaces positively and learn, rather than just dox people and cast it in a negative light.”

MGM Could Make Another Bid For Entain, Says Citi Analyst

What If an Asteroid Hit Yellowstone? | Unveiled