The iQOO 10 series is coming on July 19, and we expect the Pro member to have a Snapdragon 8+ Gen 1 chipset. Today we have somewhat of a confirmation as the phone with model number V2218A appeared on Geekbench with the Qualcomm platform. It also has 12GB RAM and ran Android 12. 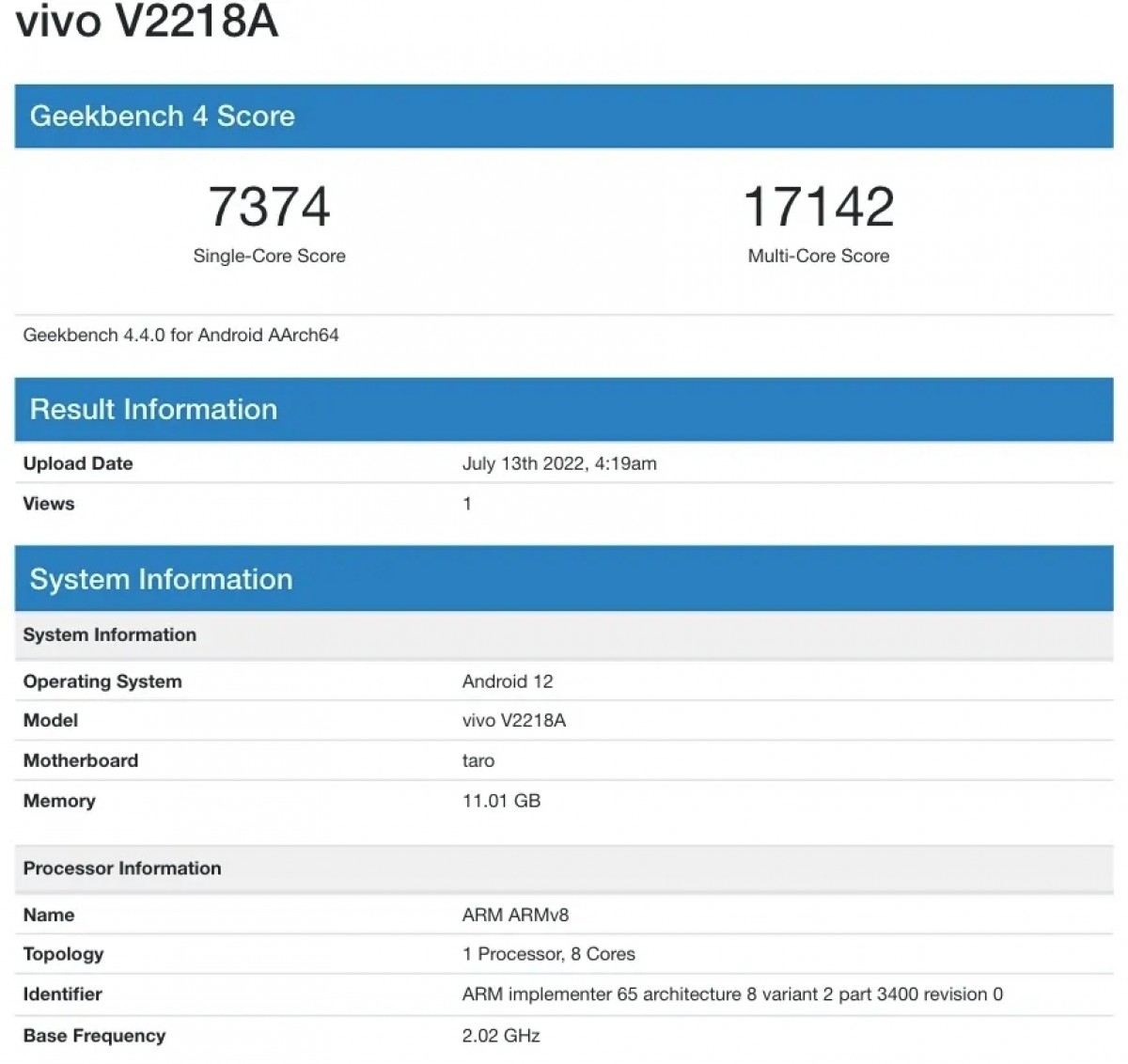 The phone’s motherboard is listed as “taro”, which is the codename for Qualcomm’s latest platform, and we know it is the plus version because of the 3.19 GHz peak CPU frequency. The listing also tells us the iQOO 10 Pro reaches 7,374 in the single-core score and 17,142 for multiple cores.

Sadly, we cannot compare the performance to the iQOO 9 Pro with Snapdragon 8 Gen 1, because whoever did the benchmark, ran the older Geekbench 4 version.

The upcoming iQOO 10 Pro is going to look a lot like its predecessor, regarding camera placement. Refreshing the chipset is one big change we expect, while another, even bigger, is support for 200W fast charging, which will make it the fastest on the market once it gets released next week.

Rocket debris: 10 per cent chance a rocket falling out of the sky will kill someone in the next decade