Lamar Jackson Continues To Prove Patience Is Everything 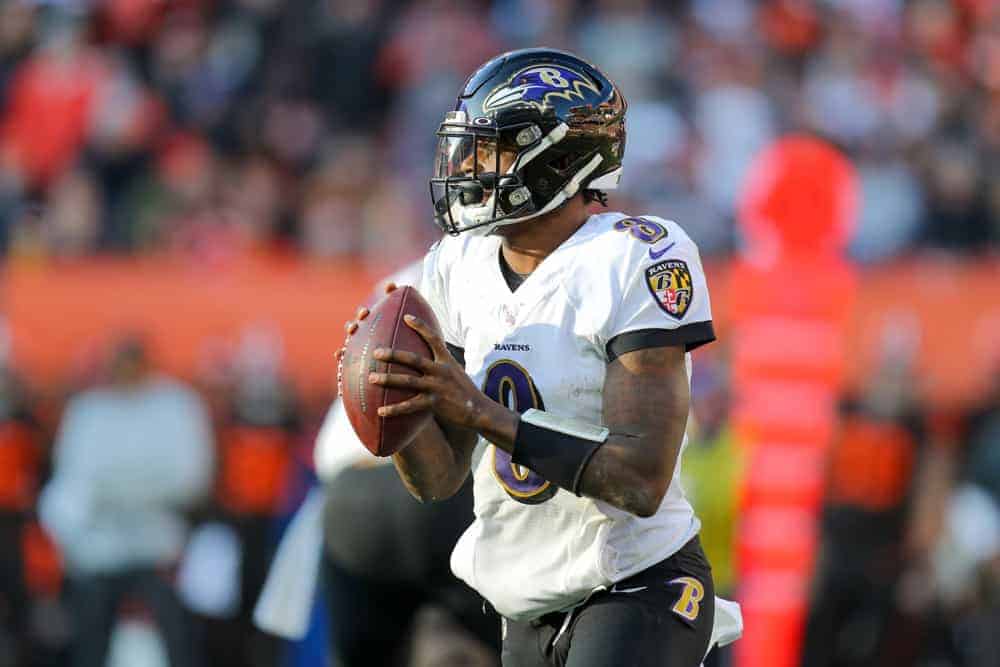 Throughout 2022, we have seen headlines of quarterbacks getting the biggest contract in NFL history.

Clickbait titles on stories about the deals of Aaron Rodgers and Deshaun Watson would fill the internet.

However, the newest deal between the Arizona Cardinals and Kyler Murray has the titles back at it again.

But with his new deal, it’s showing that Lamar Jackson‘s patience with the Baltimore Ravens is everything.

While everyone is wondering about when the Ravens will sign him, he’s waiting and watching the QB market.

As each month goes by, he’s seen those other quarterbacks get their huge contracts.

So how would this affect him with contract talks with the Ravens?

Jackson Is Employing Patience As His Own Agent In Contract Talks

Jackson is his own agent in these contract talks with the Ravens.

Lamar Jackson is his own agent, and he made his client a bunch of money last night.

With him taking on the agent role, it’s made things very interesting for the football world.

Most players have agents because of the complex nature of these player contracts.

However, Jackson feels like he can handle this on his own.

While he’s yet to sign a new deal, it’s from the patience that he’s employing as his own agent.

It seems like he’s watching to see what every other quarterback is getting before pulling the trigger on a deal.

But with him being his own agent, it’s also cut out leaks with what’s going on between him and the Ravens.

However, some of his actions online have caused there to be rumors of what’s going on during his negotiation process.

When Jackson had a photo saying “I need $” as his background photo on Twitter, it caused a stir.

his first move in contract negotiations 😂

However, Jackson would deny that this was about his contract talks with the Ravens.

But those actions cause a stir because no one is getting news about how these contract talks are coming along.

With him being his own agent, he controls the narrative with everything.

Every move he makes will cause people to have an option on his intentions.

However, with Murray getting his contract, could we finally see Jackson pulling the trigger on a new deal?

With Murray Getting A New Contract, How Does It Factor Into A Deal With Jackson?

Murray was one of the last quarterbacks to get a new deal in 2022.

His deal made him the second highest paid QB in the NFL.

While his deal was slightly more than Deshaun Watson’s $230 million deal, it’s not fully guaranteed like his.

However, this deal has a little impact on Jackson with his talks with the Ravens.

With this deal, Jackson can now point to someone that’s getting an enormous deal that has won no meaningful games.

Jackson has at least won one playoff game over his career.

So the Murray deal gives him something he can work with when asking for a big contract.

While some experts don’t feel this will affect him, it absolutely will.

However, everyone will need to wait until the deal is done to see how much Murray’s contract affects Jackson.