(RNS) — When former Christian rocker Trey Pearson came out as gay in 2016, he decided being fully himself was worth risking his 15-year music career with the band Everyday Sunday. Six years later, Pearson says his latest solo album, “Somebody You Knew,” is some of his best and most authentic music to date.

Released on Friday (July 1), Pearson’s eight-song album has already gained traction in the alternative music scene — this weekend, it was No. 21 on the iTunes Alternative chart. A rerelease of his song “Hey Jesus,” about the painful process of coming out, is also included on the album and features queer Christian artist Semler. The duo’s new version was promoted on Spotify’s New Music Friday Christian playlist.

“To get to subversively be in that space feels so redeeming and so beautiful,” Pearson told Religion News Service.

Pearson was just out of his freshman year of college when he signed on with a Christian record label. Everyday Sunday would go on to have an album on the Billboard 200, as well as the most-played Christian rock song of 2007. Pearson married a woman and had two children. But, after nearly eight years of marriage, he shared in a public letter that he and his wife would transition from marriage to friendship and co-parenting. Today, at 41, he is in a happy relationship with his boyfriend of over two years.

His first full album since 2017, “Somebody You Knew” is a rebirth of sorts for Pearson. It captures both the heartache of losing a community that promised unconditional love and the transcendent joy of real belonging. RNS spoke with Pearson about his departure from the contemporary Christian music world, reconnecting with his mother after she was injured in a tragic car accident that killed his father, and the stories behind his newest songs.

This interview has been edited for length and clarity.

What was the inspiration for the new album? An album release party poster for Trey Pearson’s album “Somebody You Knew.” Artwork by Luke Staten

When I came out in 2016, I’d gone my whole life trying to be something I couldn’t. There was this huge part of my life I just kept trying to push down. When I finally accepted myself, something came to the surface and burst out. These last handful of years I was finally experiencing life in a new, authentic way. I’ve been writing about those experiences with a lot of joy and hope, but also heartache. I’ve lost a lot of people in my life. As I was putting the album together, I realized it has this journey from heartbreak to hope.

Some songs sound like they could be about both a human relationship, and about a relationship with God or the church. Is that intentional?

“Can’t Go Back” is about my relationship with evangelical church people, people who told me they still loved me, but then the phone stopped ringing. They didn’t want to be in my life anymore. They didn’t actually love me in a way that was real and active.

I definitely believe that everything is spiritual. I wrote the song “Piedmont Park” for my boyfriend that I’ve been with now for over two years. He’s a huge part of my life and my kids’ lives. He’s from Georgia, and when we started dating, we’d go to Piedmont Park in downtown Atlanta. To me that song is about this love I never thought I’d get to experience. It’s a very spiritual thing as well.

Can you talk about the song “Broken Heart”? Who was that written for?

“Broken Heart” I had written for my parents, about yearning for them to be in my life and knowing that they chose not to be in the years since I’ve come out. They chose their religious beliefs over being in my life and it was devastating. The week after I got the final mix back for that song, my parents were in a car crash. My father passed away and my mom was extremely injured. All of a sudden, after my mom was not really in my life for six years, I’m sleeping on the floor of the hospital with her at night as she’s in the ICU trying to survive.

She’s really making an effort now to be in my life, my boyfriend’s life and my kids’ lives. And it’s something we both have talked about, how it’s so sad that it took that tragedy of losing my dad for her to realize that they were doing it wrong by thinking God would want them to not be in my life. But my album release party is at the Columbus Museum of Art tomorrow night and she asked if she could come. This will be her first time seeing me perform since I’ve come out of the closet.

“Hey Jesus” was also on your 2017 album “Love Is Love.” Why rerecord it for your new album?

I was sitting in my living room with a guitar in 2016 after coming out. I had all these feelings of grieving the loss of my family and my church family. Grieving that I had been brainwashed to believe I would be an abomination in God’s eyes. I had been married to a girl and had two kids. My whole identity was wrapped up in being a certain thing. Then to finally have my life fall apart and to face this major part of myself I’d never faced, writing that song was me grieving everything I had felt my whole life growing up. I wrote it in less than half an hour.

After I put the song out, it’s been amazing. There’s no marketing behind it, it just slowly grew and it’s now become personal to people that message me every day from around the world. It was featured in PBS’ first LGBTQ special that came out in June for Pride Month. Doing it with Semler felt like a way to put it out again. This doesn’t just belong to me anymore. This song belongs to every LGBTQ kid that has grown up being taught there’s something broken about them. Artist Trey Pearson hugs a man in a final scene from the music video of his single “Silver Horizon.” Video screen grab

What does it mean to you to have that song on a Christian Spotify playlist?

The gatekeepers used to reject artists like me after coming out, or Jennifer Knapp when she came out six years before I did. There are still so many closeted LGBTQ artists in Christian music. So it’s fascinating that now, me as an openly gay man and Semler as an openly queer artist, have this song together on one of the biggest Christian playlists in the world. Hopefully, people who need to hear those words will find that song, whether it’s an LGBTQ person or their parent, sibling or friend. This song is easily one of the most meaningful songs I’ve ever written. To get to be subversively in this space feels so redeeming and so beautiful.

It’s been six years since you came out to your fans. Do you ever regret coming out publicly?

I don’t regret coming out publicly at all. I can’t believe it took me that long to finally experience freedom, joy and peace. I had three huge motivations. I wanted to tell my story on my own terms, and I wanted to do it in a way that could hopefully help other people. I know LGBTQ artists in Christian music, and if they had come out when I was a kid, I know how much that could have changed my life. And third, for my kids. When I came out, my daughter was 6 and my son was 2. I want my kids to grow up in a world where they’re not scared of being themselves. So I’m still very thankful that I did it for all three of those reasons. 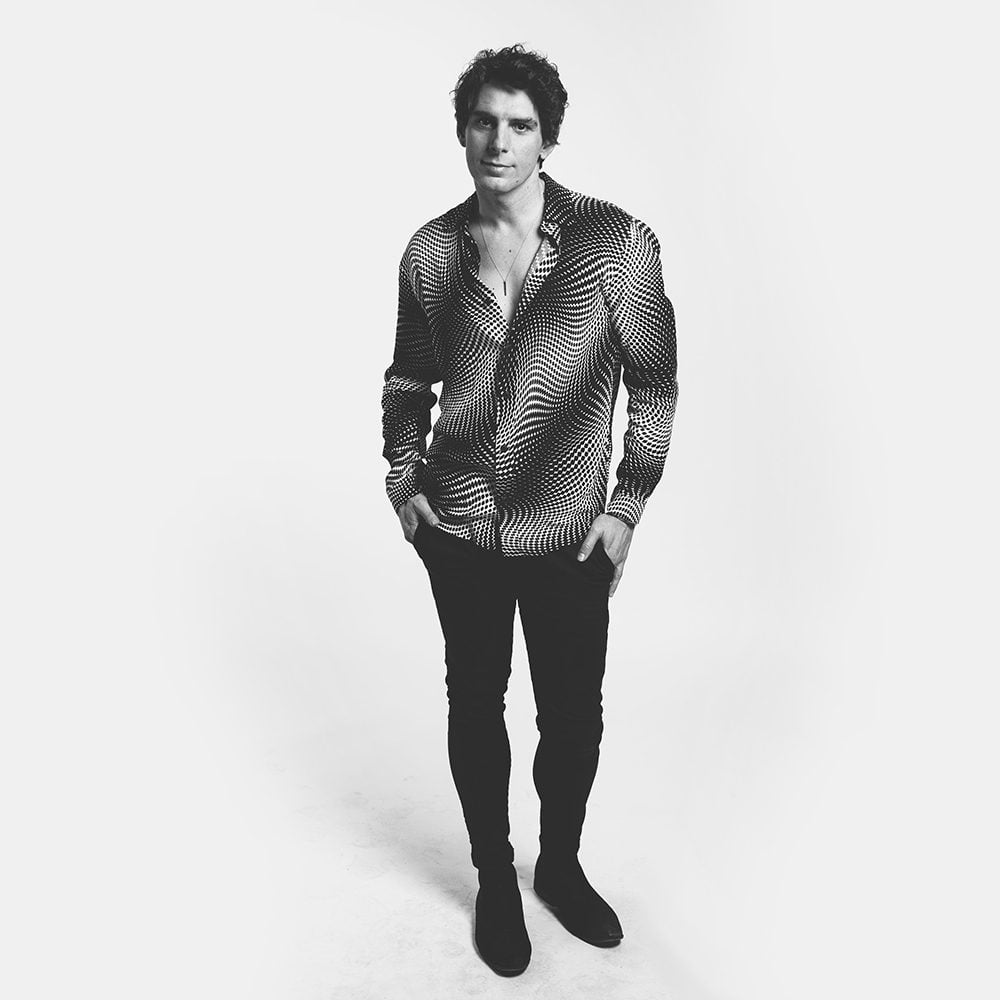 Can you talk about what it’s been like writing and releasing music without a record label?

Record labels have the marketing money and power to promote you to radio stations, major streaming platforms and on YouTube and Facebook ads. I have not had any of that. But I feel like I’ve been writing the best, most authentic music of my life since I’ve come out. That’s such a wonderful feeling as an artist to be this far in my life and my career and to be making the most meaningful music I’ve ever made. And even with no label, marketing team, manager or booking agent behind me, I’m watching my music continue to blossom and grow and seeing more and more people find it.

Your album seems to reveal a complicated relationship with faith and with the church. What does that relationship look like today?

The older I’ve gotten, the more peace I’ve made with realizing there are lots of things you can’t know for sure. The most destructive things in my life have been the things people pretend to know that you can’t. That’s why I talk so much about fundamentalism, because to me it’s having to be right about something you can’t possibly know for sure. To me that’s the most toxic kind of spirituality.

One of the biggest things faith gave me as a kid was hope. I want to give that hope to my kids, and I don’t mind calling that hope God. Even in these last few months after losing my dad, it’s that hope that helps me process that. I didn’t get to have that closure with my dad. And I don’t know what happens after death, none of us do. But I like to think, somehow, he is with me. That he understands now. Even though he couldn’t be here with me, or part of my life with my boyfriend and my kids, that he gets to be now.